Over the past few years, I’ve been trying to be more thoughtful about the glasses I use to drink beer out of. Currently, I’ve been a big fan of using 32oz mason jars. Not only do they hold a lot of beer, but they have a wide mouth and they’re able to capture a lot more hop aromas than your standard pint glass. While it’s not perfect, there really isn’t anything I’ve found that I’ve liked better. That being said, I decided to expand my horizons and try something completely new.

The Spiegelau IPA glass was introduced in 2013 as a collaboration between two IPA giants in the craft beer industry: Sierra Nevada and Dogfish Head. According to the website, the glass was “designed to showcase the complex and alluring aromatic profiles of American “hop-forward” IPA beers, preserve a frothy head, enhance taste and mouth feel, and present a comfortably wide opening for the drinker to savor each beer.”

Okay now that that’s out of the way, let’s get down to brass tacks. Does it live up to the hype?

While German glass makers Speigelau are probably more well known for their wine glasses, they’ve really outdone themselves with their newer line of craft beer glasses. The 19oz Speigelau IPA glass is no exception and is packed to the gills with unique features. The glass around the top is purposely thin (apparently to keep the beer cool longer), but it definitely doesn’t feel cheap or flimsy. But the real star of the glass design is the unique base. Every time you draw the glass back to take a sip, the beer interacts with the curved glass to allow for more aeration. I just wish it didn’t look so dildo-y. 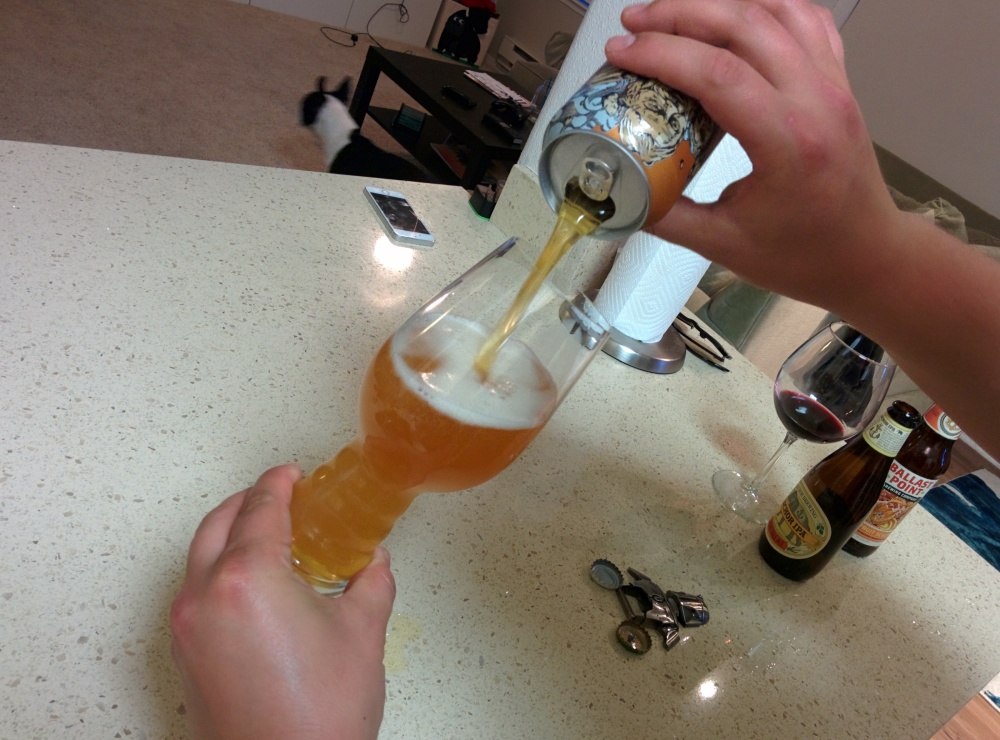 In order to test the glass, I chose a couple of IPAs I had lying around to see if I could distinguish any noticeable differences. I choose Ballast Point’s Grapefruit Sculpin IPA and 21st Amendment’s Brew Free or Die IPA.

Ballast Point’s Grapefruit Sculpin IPA. At first pour, the Spiegelau glass made the head on the beer massive, which is likely due to micro engravings at the bottom of the glass which allow for more bubbles to rise (also known as nucleation). Basically more bubbles = more head = more intense aromatics. After letting the beer breathe, I finally take a hit off it. It’s unreal. To be fair, this beer is almost perfect by itself, but by letting all the flavors concentrate in the glass, it just made for a much more satisfying experience.

21st Amendment’s Brew Free or Die IPA. After doing some thorough testing with this beer, I wasn’t able to really coax out any unique differences from the Spiegelau IPA glass versus a traditional pint glass. With straightforward IPAs like Brew Free or Die, what you end up getting just a more focused version of the same beer, which isn’t a bad thing. 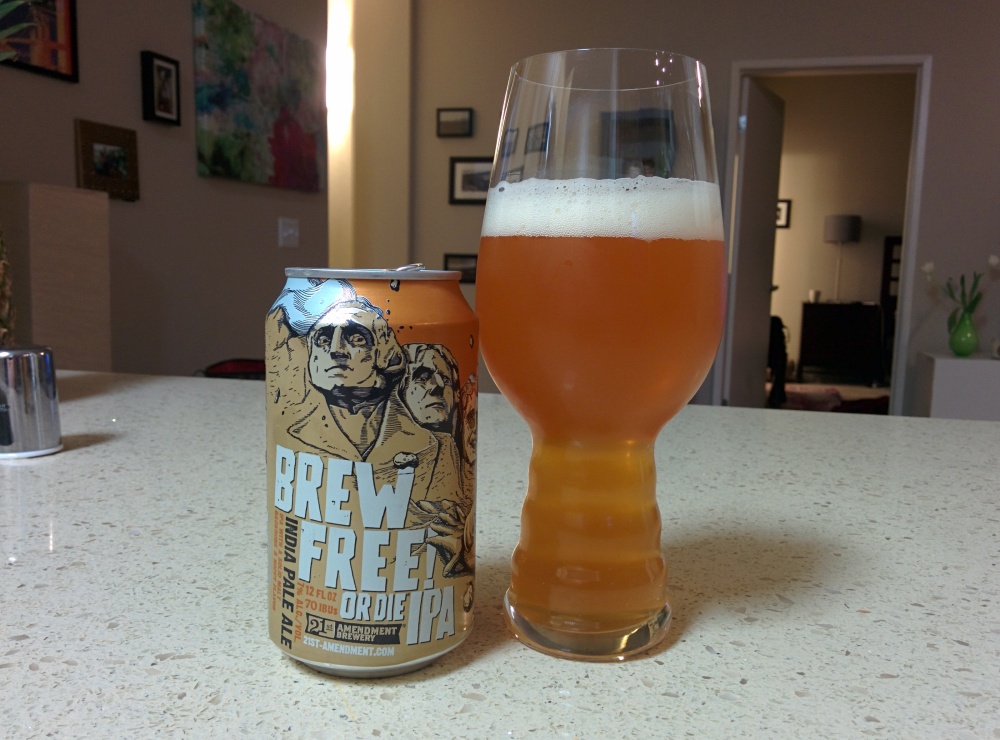 If you really into IPA’s, I would absolutely recommend picking up a few of these glasses. They’re relative inexpensive, look cool (kinda), and they’re definitely a conversation piece. Most importantly, they actually work. The Spiegelau IPA glass available for purchase in 2-packs here. Cheers.

The Spiegelau IPA glasses also work very well with Session IPA’s. I would say in most cases, even better. Due to the fact that Session IPA’s generally have to overcompensate for their lighter malt backbone with stupid amounts of dry hopping, the result is a hop explosion when used in a Spiegelau IPA glass. Some highlights included 21st Amendments Down to Earth Session IPA, Oskar Blues Pinner Throwback IPA and Stone’s Go To IPA .