Over the past few months, I’ve transformed from a casual beer drinker to a full-on beer hoarder. I cannot describe the immense rush I get from hunting down my favorite brewery’s latest offering. It’s getting to the point where even if I know I have too much beer, I’ll still find a way to justify to myself (and my girlfriend) that we need more. Lucky for me, she’s quite the enabler.

Below you will find every beer in my fridge, ranked in order of beers you could probably skip, to ones that’ll make you want to heckle your local BevMo until they start carrying it (full disclosure: I have been down this rabbit hole, it’s not pretty).

Don’t get me wrong, there is a place and time for Corona Light. The place is spring break with your parents, and the time is before you’re old enough to buy alcohol. It’s fine in a pinch, but we can do better. (4.1% ABV)

There’s nothing inherently wrong with Corona, but there’s nothing incredibly special about it either. I’ll admit, it’s great for Cinco De Mayo parties, a day at the beach, and maybe upside-down in a Chevy’s margarita, but that’s about it. (4.6% ABV)

By now if you’re thinking “this guy doesn’t care for cheap Mexican beers”, you’re wrong. Case in point: La Cerveza del Pacifico. On a hot day, there is literally nothing better than an ice cold Pacifico with a lime. NOTHING BETTER. (4.5% ABV) 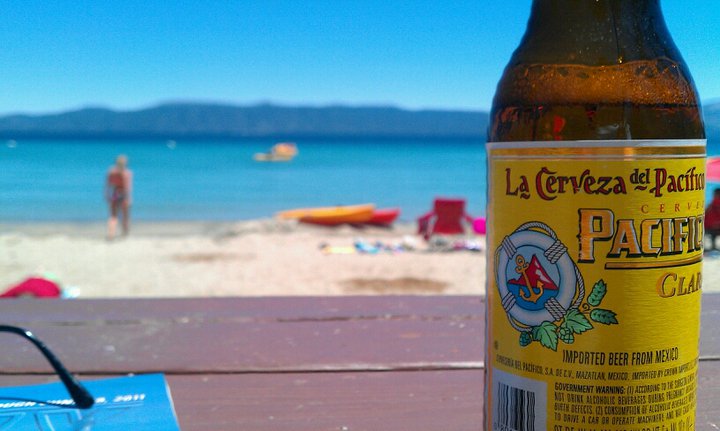 I had really high hopes for this IPA from Oregon’s Deschutes Brewery, but sadly, this just wasn’t doing it for me. While the initial aromas were incredible (it reminded me of Hawaii for some reason), it tasted and felt more like an amber ale rather than a West Coast IPA. If you’re into that sorta thing I suppose you’ll love this, but you can probably skip this one. (6.8% ABV)

Coming in at 6.2% ABV, Red Chair NWPA is definitely on the boozier end of most pale ales (which is not a bad thing). But for me, this beer was just not terribly memorable. It’s fine for sipping on during a few hands of poker, but there are better pale ales out there and I probably wouldn’t go out of my way to get this again. (6.2% ABV)

Victory at Sea is a very good beer, but it’s not a beer you’ll be craving time and time again. This super-sweet vanilla & coffee porter is one I can imagine you’d crack open while staying in on a cold Friday night. Which is fine, but this isn’t the Night Drinker. It’s the Day Drinker. (10% ABV) 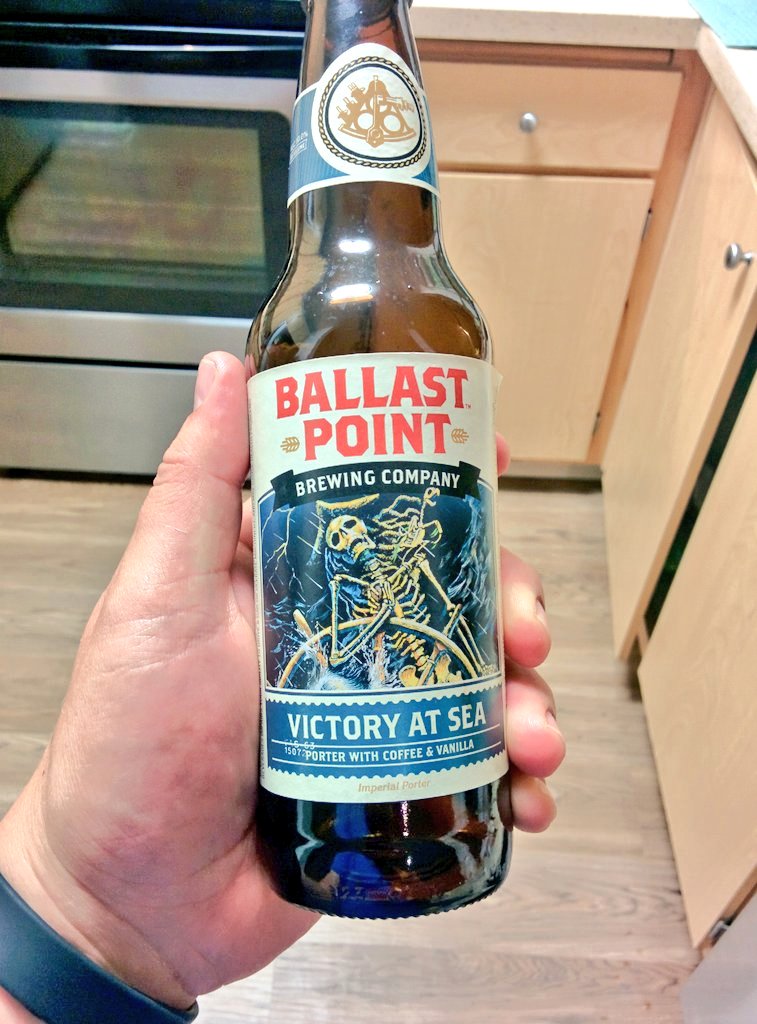 Anchor Steam is like that reliable friend that you don’t keep in contact with that much, but every once in a while you’ll hang out and you’ll be reminded why you became friends in the first place. By all means, Anchor Steam is not a bad beer (not even close), but it’s not the one you’re calling up every weekend either. (4.9% ABV)

This IPA by the Bay Area’s Calicraft Brewery is a rather experimental take on the traditional IPA, but it somehow works. Not only is The City brewed using 9 different hops, but it’s also bittered with things like blackberry root and orange peel. The flavor ends up being really robust and would pair nicely with spicy pizza or Indian take-out. Unfortunately, this beer is currently only available in 22oz bombers, which are the PT Cruisers of beer bottles. (6.4% ABV) 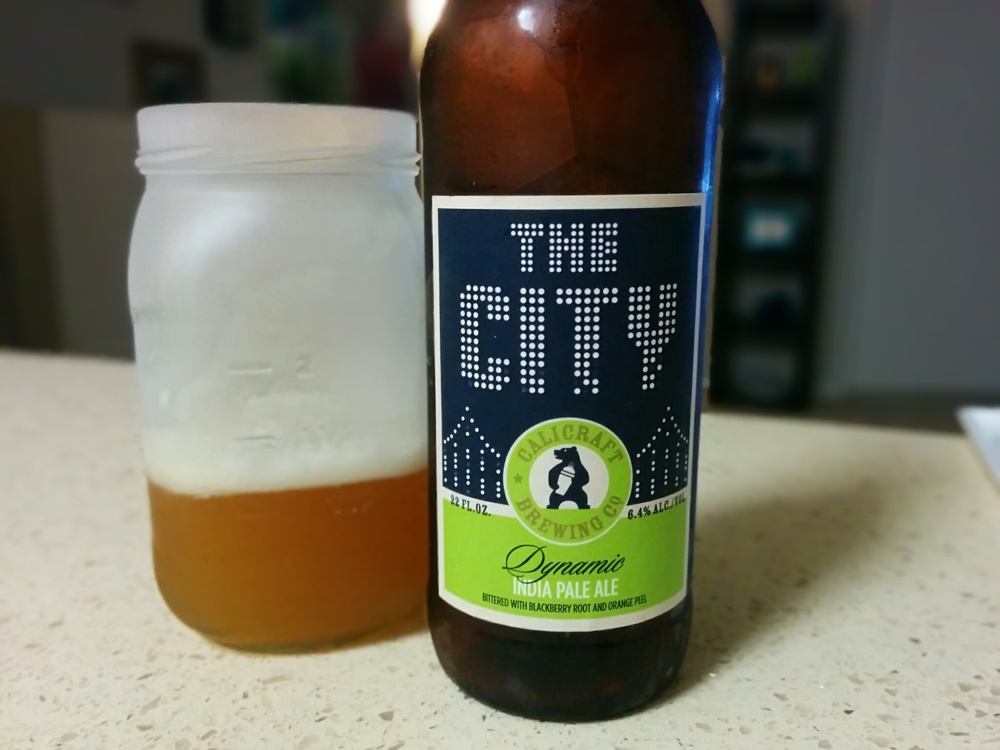 While the previous Deschutes beers turned out to be a let down, this was not. Pinedrops is easily the most exciting beer to come out of the legendary West Coast brewery in some time. Not only are the flavors extremely on par with what you’d expect from a beer with pinedrops in the name, but it goes down remarkably easy too. (6.5% ABV)

This is a relatively new offering from Anchor Brewing, or at least it’s the first time I’ve seen it in a can. Anchor Summer Wheat is the type of beer you’d immediately reach for after work on Friday afternoon. It’s light too, so you can crack a few open before heading out. (4.5% ABV)

Brew Free or Die is a good IPA. It gets bonus points for coming in a can, which is essential for day drinking in public places like parks, rivers, and parking lots. Also at it’s price point ($7.99 for a 6-pack), you can definitely do a lot worse in the IPA department. (7.0% ABV)

While saisons have been around for a while, it’s only recently they’ve exploded onto the mainstream beer scene. This saison from LA’s Golden Road Brewery is brewed with local Meyer Lemons and it smells in-fucking-credible. If you like farmhouse ales, you’ll definitely like this. (5.8% ABV)

The first time I tried Great White, I was broke and living in a fraternity house. Great White kinda opened my world to craft beer and was considered a TREAT when I was only drinking Keystone Light. That being said, this is a very drinkable anytime beer that you don’t really have to think too much about. While you could make the argument that it’s the craft beer version of Blue Moon, I don’t care. I like it. (4.8% ABV)

Anchor Liberty Ale has the distinction of being the first modern IPA in the US.  First brewed in 1975 to celebrate the bicentennial of Paul Revere’s historic ride, this beer is as American as you can get. While an aggressively hoppy beer for it’s time, it’s still on the lighter spectrum for IPA’s so you can throw back a few without feeling like ass. (5.9% ABV)

Even though Anchor IPA is barely a year old, it has definitely made its mark as one of the top IPAs in the Bay Area. This bad boy is dry hopped with no less than five American hop varieties including Apollo, Bravo and Citra which give it this incredibly dank aroma you’ll have to experience to truly understand. This beer also gets bonus points for having a giant elephant on the label and for being available in cans. (6.5% ABV)

Anchor California Lager is probably the most California beer you can buy. Before modern refrigeration, lagers were nearly impossible to make in California but this tiny little brewery in the Sierra Nevada mountains figured it out in 1876. This beer is a recreation of what that beer would have tasted like, and it’s fantastic. It’s available canned for easy transportation and when it’s ice cold, there’s really nothing like it. (4.9% ABV)

Of all the session IPA’s I’ve tried, 21st Amendment’s Down to Earth is probably my favorite. While some may not love the idea of a lighter beer disguised as an IPA, I can’t get enough of them. As a day drinker myself, Down to Earth fits the bill for every aspect of a good day drinking beer: it’s bursting with hops, relatively inexpensive, and you can drink multiple cans in one sitting. (4.4% ABV) 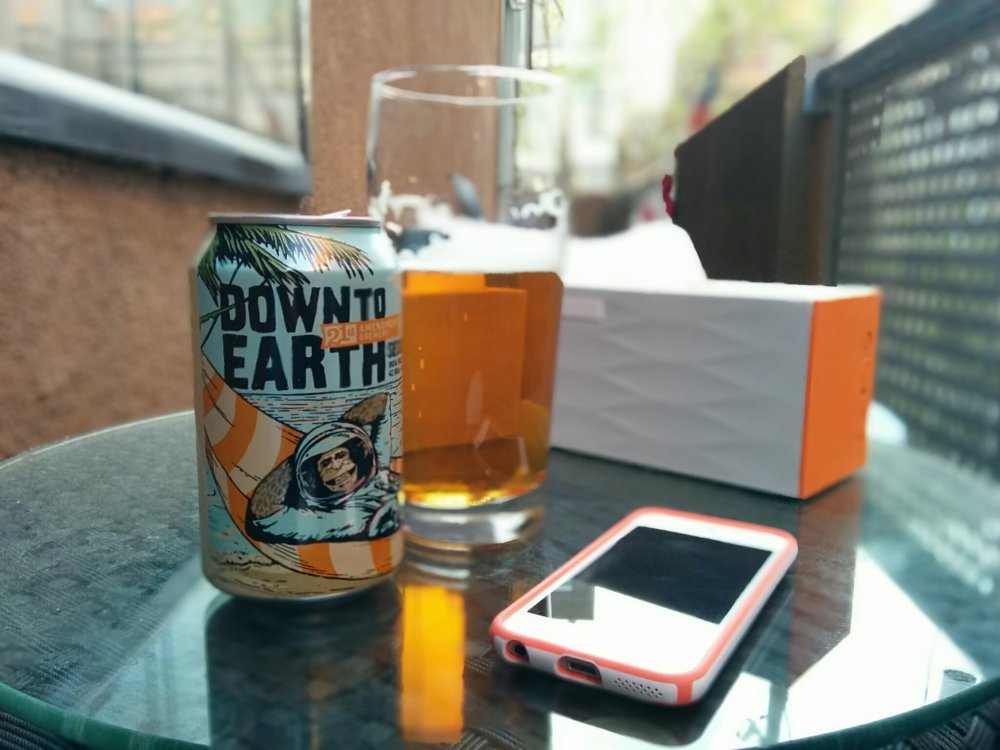 Do you like Sculpin? Well this is that, but with grapefruit. (7.0% ABV)

In my opinion, there are few beers that I find more refreshing than Hell or High Watermelon. I like everything about it. I love the smell of fresh watermelon, I like the color, and it just feels appropriate for any occasion. Since it’s only around during the summer months, you’ll want to snag some before it’s gone. (4.9% ABV)

I’ll admit, I have an extreme bias towards Sierra Nevada since I attended Chico State. It’s my favorite brewery and probably will be for some time. Nevertheless, Sierra Nevada’s Pale Ale is still one of the best pale ales money can buy. Since they’re one of the few breweries to use whole cone hops, you’ll definitely notice some pine and grapefruit aromas that you just won’t find anywhere else. Admittedly, it’s not the most exciting beer that’s on the market right now, but it will always remain a classic. (5.6% ABV)

Here we are at last, the final beer in my fridge. There’s no other way to say this: Sculpin is the IPA other IPAs should look up to. I don’t know how they did it, but they created one of the most flavorful and memorable beers I’ve ever had the pleasure of sipping. Sure, it’s a bit more expensive than other beers in it’s weight class, but once you try it, you won’t really care.  (7.0% ABV)

11 thoughts on “Every Beer In My Fridge, Ranked.”